How to Get Health Insurance on the Road: Obamacare. 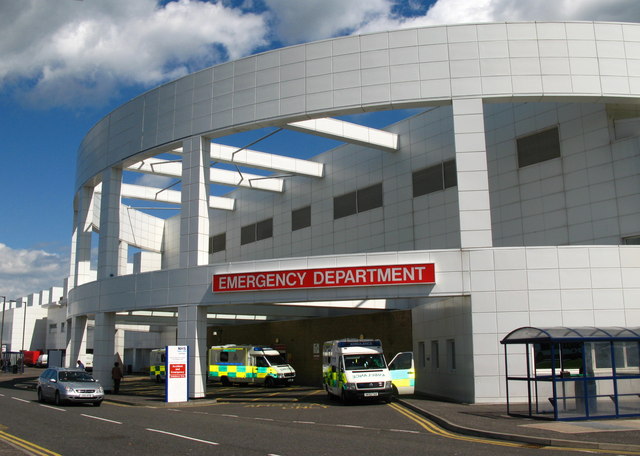 One of the questions I’m asked often is, “How do I get health insurance and health care as a nomad?” but there is no one, simple answer, it’s different for everyone. Many RVers are over 65 so they are on Medicare or served in the military so they get health care from the VA. But many of us don’t have either of those and must buy it for ourselves. Sadly, because many vandwellers are  living on very tight budgets they can’t afford it, therefore, they do without it. For 6 years I lived in my van and kept working at my union job where I had health insurance. But after I retired I found that insurance was too expensive and for the next 6 years I lived as a nomad with no health care. That all changed with the passage of the Affordable Care Act (ACA), commonly called Obamacare–now I have Obamacare.

In this post I want to try to demystify it and explain as best I can what it is and how it works for nomads. But first let me say I know nothing about the VA, Medicare or Medicaid so I’m not giving you any advice about them–only Obamacare and Expanded Medicaid. Even it’a a big and complicated subject and I’m not in any way an expert on it; the best I can tell you is how it works for me. You really should take this as a very simple primer and do your own research on your own specific circumstances. I recommend starting with this page where it gives good details about the ACA in fairly plain English and with minimal bias: http://obamacarefacts.com/

Get Insurance or Pay a Penalty.

One notable part of the ACA is that there are tax penalties if you chose to not have insurance (there are exceptions that will allow you to avoid the penalties, see this page: https://www.healthcare.gov/health-coverage-exemptions/exemptions-from-the-fee/). At first the penalty was low enough that I just paid the penalty and didn’t get health care.  But by the second year it was high enough that I decided that I should look into it so I went to it’s website and signed up. Find the Obamacare website here: https://www.healthcare.gov/

In it’s first year the site got a lot of bad press but as far as I’m concerned they have fixed all of it’s problems. I had no problem negotiating it and understanding what it wanted–and I’m no tech expert!! If you’ve been afraid to check it out, I’d urge you to give it a try, it really isn’t that bad. You have everything to gain and nothing to lose by trying.

There are two steps to the process of signing up for Obamacare:

I just went through the steps and answered it’s questions, and it turns out that I qualified for government assistance for health care–you can have a surprisingly high income and still get assistance. I make $24,000 a year and qualified for $350 in government assistance under Obamacare. Let me add something important here; you want to be very honest when you fill out your income information. Obamacare is tied into the IRS system and if it turns out you’re wrong about your income, and they give you too much assistance, you will be required to pay it back the next time you file your taxes–so make your very best guess as to your income. If you want to avoid having to pay it back, guess low.

I looked at all the policies available to me on the Exchange), found one I liked and could afford and signed up for it. It cost $400 a month, which was too high, I couldn’t afford to pay that much. However, because Obamacare was going to pay $350 of that my cost would only be $50 a month and I can afford to pay that, so I decided I should sign up. Signing up was easy, I was able to make the first payment on line and it was official, I had health insurance!

The Penalty for NOT signing up was More than what I paid to get it. It would have been stupid not to get it!

A big part of my decision was the penalty for not having insurance. In 2016 the penalty for not getting it is $695 as a minimum and if my  health insurance policy was going to cost me $600 per year ($50 per month for 12 months) that means I’m not really paying anything for it, in fact it’s saving me money over paying the penalty. To me the logic of that is inescapable, it would be penny wise and dollar foolish to not get the coverage.

I wanted the lowest possible monthly payment, so I chose a Bronze, High-Deductible plan. Under my policy I pay 100% of the first $6800 I spend in a year on health care–they pay nothing. But after that initial $6800, they pay 100% of the costs (with no limits) and I pay nothing. In other words it’s a catastrophic policy and doesn’t pay for any routine health stuff, only when I get very sick. Some people  want health insurance to pay for more, but that fits my idea of insurance better so it’s what I chose–plus I could afford the $50 per month! If you want better coverage, chose ether a gold or silver plan, you’ll either have to pay more or get a larger subsidy from Obamcare.

How will you see the Doctor on the Road?   Establish a Homebase in your area of travel.

While Obamacare is a federal government program, much of it has to be administered by the states. Every state has different laws and regulations for the insurance industry, so each insurance company has to be licensed in each state and many times the policies they offer are only good in that state. Unless it is specifically listed as a “Nationwide Policy”–they will only pay for health services you get in-state and from an approved source. That becomes a very important point for nomads! If you live far away from the state where your health insurance is located, and they are not nationwide, how will you get care? You’ll have to drive back to that state for every Doctors visit. Very impractical!

I suggest you change states of residence to one that is central to where you spend the most time and make that your home base. Then find a doctor there and visit him at least once a year.  For example, I spend nearly all my time in the west, and at least 3-4 months a year in Arizona during the winter. But Arizona has an income tax so I became a Pahrump, Nevada resident instead to avoid taxes. But, as you can see in the map above, it is also very central to all my travels. I plan to travel through there every year for a checkup and if I ever need more attention I could easily make it twice a year, spring and fall. If I have a medical emergency while I’m traveling,  can get emergency care anywhere, and then get back to Nevada and my Doctor as soon as I can.

Expanded Medicaid for the Low Income

One problem many nomads run into is that their income is too low to qualify them for Obamacare. That seems strange but it’s true, the cutoff is somewhere around $11,000 dollars. But don’t guess or listen to strangers, go to healthcare.gov and apply–no matter what your income is. Then you’ll know for certain if you do or do not qualify and how much you qualify for.

Obamacare does offer a solution for the low-income by offering Expanded Medicaid, however, it is handled at the state level and not at the Federal level. That means you can’t get Expanded Medicaid  from healthcare.gov, you must get it directly from your home state. That’s where the problem begins!

When they designed Obamacare it was assumed that each state would gladly take Federal money and pass it along to it’s citizens, but, they didn’t take into account how many of the conservative states hate Obamacare (and Obama personally).  Many  states simply refuse to give it’s citizens the money and do not offer Expanded Medicaid.  Fortunately, there’s an easy solution for nomads. Because we get to choose our state of residence, if you are low-income you should consider changing residence to another state that does offer it. For a current list of states that do and do not offer it, go to this page:

I’m told there are other ways to get health care coverage for the low-income, but as far as I can tell it’s offered at the state level and you have to search each state to get it. I’m only telling you the things I’m fairly certain of and I know nothing about those other low-income offerings.

The bottom line is that every nomad, unless you are fairly high income, can probably qualify for Obmacare and I’ve found it fairly easy to get and understand. Just go to https://www.healthcare.gov/ and apply, you have nothing to lose and everything to gain.

Now get out there and live a life beyond your wildest dreams!

Thanks for supporting this site by using these links to Amazon. I’ll make a small percentage on your purchase and it won’t cost you anything, even if you buy something different.

I've been a full-time VanDweller since 1995 and I love it. I hope to never live in a house again! Check out Homes On Wheels Alliance (HOWA), our nonprofit that I co-founded. HOWA is dedicated to helping nomads in need. http://HomesOnWheelsAlliance.org

70 Comments on “How to Get Health Insurance on the Road: Obamacare.”