Staying Healthy on the Road: Why Travelers get Sick

(I didn’t write this well, and some people have taken it to mean that vandwellers aren’t healthy when I believe just the opposite. I believe every vandweller I have ever known has gotten healthier the longer they did it. In this post I’m only referring to short term trips and new vandwellers. I’ve know quite a few newbies who were sick within their first few months of this new lie and then got much better. Another example is Judy; she has been healthy the whole time she has been vandwelling, but on this trip she got sick for the first time; I attribute that to the short term stress of the trip.)

As I told you in an earlier post, one of the biggest problems we ran into on our Alaska trip was illness. Judy caught an epic cold and had a flare up of an old health problem. I remember thinking at the time how common it was to catch a cold during or right after a trip. It seems that somehow, traveling or road trips makes us substantially more susceptible to common illnesses or makes existing problems worse. If we fly, we tend to blame being trapped in the plane with other peoples germ as the main cause; and while that may contribute, I think there is much more to the story than just that. It’s the feather that broke the camel’s back, the real problem was everything that was piled on before it.

Since the majority of new vandwellers and RVers spend much of their first year traveling, I really wanted to offer some insight into why we get sick and what we can do to avoid it. Much more than that, to some degree all vandwellers live on the road and so finding the causes and solutions of health issues caused by the road becomes critically important to us; probably the single greatest issue we face.

Because this is a really big and important topic, I’m going to break it down into two parts. Today we are going to look why we are more susceptible to illness as vandwellers and travelers and in the next post I’ll talk about what I see as solutions.

Lesson Number Eleven: Take care of your health; why we get sick. 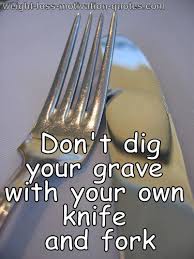 Most Americans are not very good at taking care of our health anyway, but generally when you hit the road even that mediocre care goes down the tubes. However, I think that’s a mistake. It’s more important to take excellent care of your health while traveling or during a Road Trip than at any other time, because it’s when you are most susceptible to getting sick. How many times have you gone on a vacation and come down with a cold and flu? If you are like most people, pretty often. Why do we so often get sick on trips? If you think about it, it’s totally reasonable that you would get sick while traveling for these reasons:

1) Most of us are older: While I am delighted by how many young people are making the change to vandwelling and RVing, we are still a predominately older crowd. The simple fact is that the older we get the more physical problems we are susceptible to and the less our bodies are able to cope and adapt to sudden changes. And sudden changes is what a Road Trip is all about! At 59, I’m much more likely to get sick on a Road Trip than I was at 29 if for no other reason that my immune system is nowhere near as strong as it was then. And science makes it very clear, that when I’m 69 I will be much more susceptible than I am now. That’s why I am going now instead of waiting until then!!!

2) A large quantity of extra stress: Getting ready for the trip piles on an abundance of new stress on top of all your normal day-to-day stress; that weakens your immune system to some degree. Then, the trip itself can be extremely stressful because almost nothing ever goes exactly as planned. Some examples of that are, the budget, traffic, road conditions, relationships and even the weather. On our trip, we found driving through Canada to be stressful because of the switch to kilometers and liters. And they have the most bizarre road signs I’ve ever seen—many of them we never did figure out. Generally, none of these things are big in themselves, in fact most of them are small. But because the small stresses of a Road Trip are totally different and unique from your daily life, you aren’t adapted to it and it hits you harder. Then they combine and add up to having a very large impact on you. Modern science has conclusively proven that stress can have a tremendous impact on our health. So the sudden addition of large and unique stress weakens your immune system and you get sick at the worst possible time.

3) You are going to new areas and being exposed to many new things: I’m not just talking about going to Mexico and running into Montezuma’s revenge; even going to a different region of this country can expose you to many different small circumstances, and when they combine they can add up to really hurt your health. The four corners of our country have radically different food habits, climates, bugs and physical situations. When you visit a different area, your body becomes unusually susceptible to problems.  Here are some examples:

4) We start eating much worse than usual: It’s just so easy to open a bag of chips or cookies and munch away while you drive or stop by fast food and eat it for the whole trip. Sometimes you eat local cuisine but the foods are very unusual for you and they create problems. To be honest, if it’s a short trip it isn’t going to have much of an impact on your life, but the longer the trip the more important that you take care of your health by eating well. Because vandwellers are literally on the road for the rest of our lives, eating healthy is critical for us!

5) We give up healthy lifestyle habits: Hopefully, you have some healthy lifestyle habits that relieve stress and give you exercise, all too often in the rush of travel or the small space of a van we drop those things like a hot potato. Sometimes they are much more difficult to do so we let them slide by the wayside. That’s a bad idea! Here are some examples of what I mean:

All of these things greatly increase our health, and without them, we can easily get sick 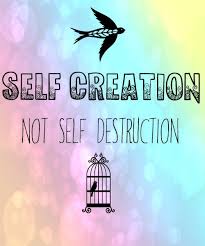 When you add all of those small health problems up, they become much greater than the sum of their parts. It’s no wonder that we so often get sick on a Road Trip. It’s hard to see how we ever avoid it!

In my next post I’ll share some ideas I think will help reduce our risk of health problems on the road.

I've been a full-time VanDweller for 12 years and I love it. I hope to never live in a house again!

39 comments on “Staying Healthy on the Road: Why Travelers get Sick”